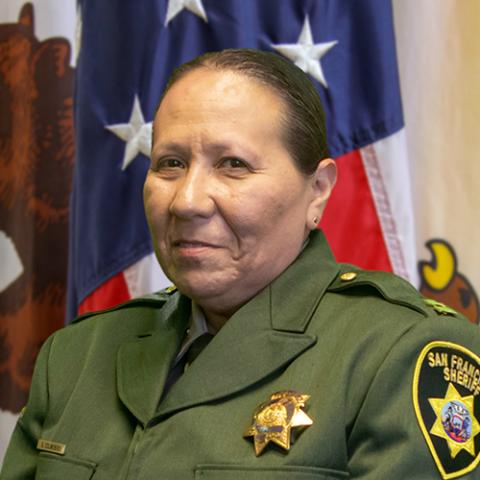 Stephanie Colmenero joined the Sheriff's Office in 1990, beginning her career as a deputy in County Jail #4 on the 7th floor of the Hall of Justice.

She returned to County Jail #4 on March 7, 2020, as the facility Captain under Sheriff Paul Miyamoto.

Captain Colmenero also has worked in Community Programs as part of the Warrant Services Unit and promoted to the Senior Deputy position at the Intake and Release Center, formerly known as County Jail #1. She worked with the Air Squadron and trained as a range master.

Colmenero promoted to the rank of Sergeant, and then Lieutenant, gaining experience working at the now-demolished County Jail #3 as well as County Jails #2 and #5, and the Investigative Services Unit. She attended the Sherman Block Supervisory Leadership Institute and took other advanced courses.