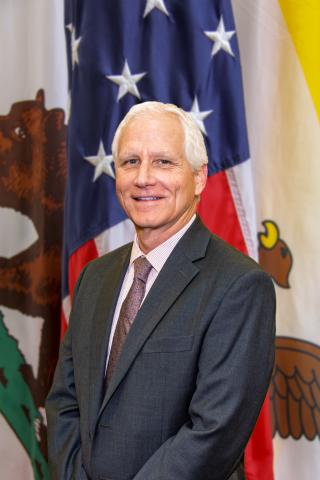 Mark Nicco joined the San Francisco Sheriff’s Office (SFSO) in October 2012 as Assistant Legal Counsel, bringing with him decades of experience in the criminal justice system. He was appointed Chief Legal Counsel in July 2016.

Nicco began his career with the San Francisco Public Defender’s Office, where he gained extensive jury trial and litigation experience in criminal law. He served as lead attorney in 40 trials, including 20 felony matters.

Nicco co-founded, co-produced and co-hosted a weekly radio program titled “Legal InCite,” on which he discussed legal topics with subject experts. Legal InCite’s programs were accredited by the State Bar of California and the California Board of Legal Specialization. He provided pro bono services to clients of The AIDS Legal Referral Panel of San Francisco, drafting wills, powers of attorney and healthcare directives. Nicco also served as on-call counsel for the San Francisco Consulate General of Italy.

Nicco earned his Juris Doctorate from the University of San Francisco School of Law and his Bachelor of Science degree from the University of California, Davis. He has the distinction of being certified as a Specialist in Criminal Law by the State Bar of California’s Board of Legal Specialization. He served in the United States Army Reserve, achieving the rank of Captain.