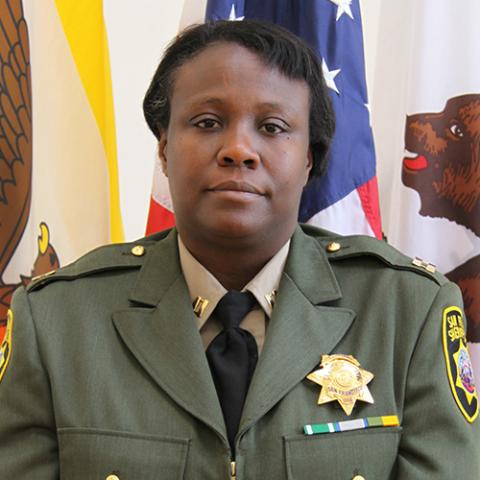 Lisette Adams joined the San Francisco Sheriff’s Office in August 1993. The Sheriff’s Office promoted her to Senior Deputy in 1999, and Sergeant in 2008. She was promoted to Captain in 2013. She has served as the Captain of the Field Operations Division and has worked at the Intake and Release Center, County Jails 2, 3 (now shuttered) 4 and 5. Captain Adams currently works in the Administration and Programs Division.