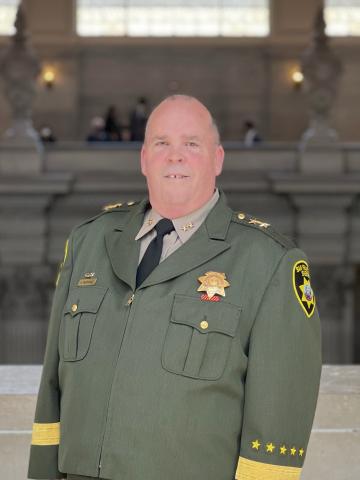 Kevin McConnell joined the San Francisco Sheriff’s Office on March 4, 1996. He has worked in every county jail as both a deputy and a supervisor and is the Acting Division Commander of the Custody Operations Division. Acting Divison Commander McConnell promoted through the ranks to Senior Deputy in 2001, Sergeant in 2005, Lieutenant in 2008, and Captain in 2017.