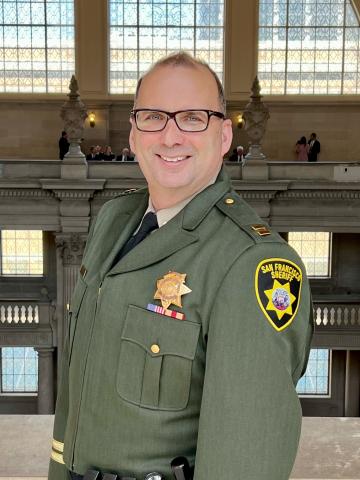 Captain Jason Jackson joined the San Francisco Sheriff’s Office in March 1998. He did so because he wanted a challenging career where he could help others and make a positive impact on the community.

The Sheriff’s Office first promoted Captain Jackson to Senior Deputy in 2001, then to Sergeant in 2006, Lieutenant in 2010 and Captain in 2012. He also served as Chief Deputy Sheriff of the largest division, Custody Operations.

Captain Jackson has worked at all of the County Jails; the Department of Emergency Management Security Unit; and the Administrations and Programs Division.

He also enjoys performing volunteer work in his free time.