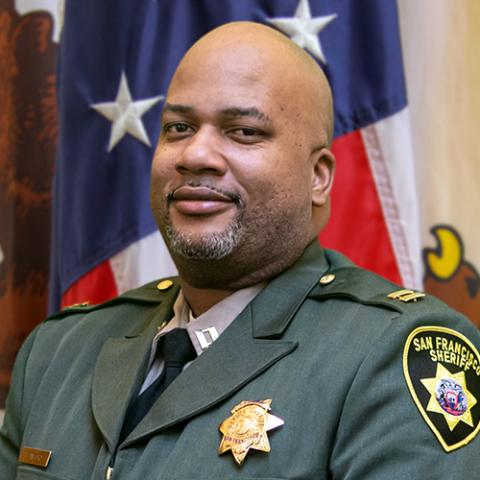 Captain Jamala Sanford joined the San Francisco Sheriff’s Office as a Cadet in July 2000, then became a Deputy in August 2001. The Sheriff’s Office promoted him to Senior Deputy in 2005, and he was appointed to Provisional Sergeant in 2008.

In 2010, he was promoted to Lieutenant and became a Captain in 2018 where he serves in the Administration section. Captain Sanford has worked at County Jails #1, 3 and 5; Community Programs; Central Records Unit; and the Administrations and Programs Division.