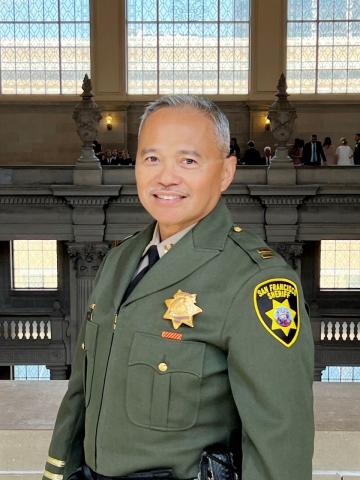 Alejandro Cabebe joined the San Francisco Sheriff’s Office in January 1998. His enthusiasm and skills led to him being promoted from Deputy to Sergeant in 2004, and to Lieutenant in 2008. In 2019, the Sheriff’s Office promoted him to Captain.

On July 11, 2020, Sheriff Miyamoto assigned Captain Cabebe to the Field Operations Division. Before this assignment, Captain Cabebe served as the Community Programs Unit Commander. He has worked at County Jails #4, #7 and #8 (now #2); the Classification Unit; and Homeland Security as Lieutenant. He also is a longtime member and supporter of the Filipino American Law Enforcement Organization.