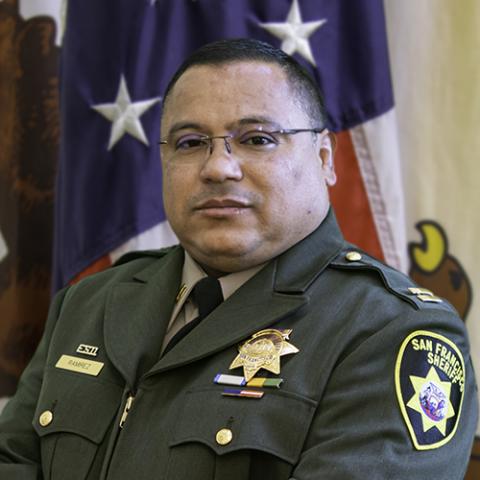 Captain John Ramirez joined the San Francisco Sheriff’s Office in 1998, fulfilling a longtime dream to follow and honor his family’s tradition in law enforcement. In 2005, the Sheriff’s Office promoted him to Senior Deputy, and again in 2008, to Lieutenant. He became a Captain on December 5, 2015.