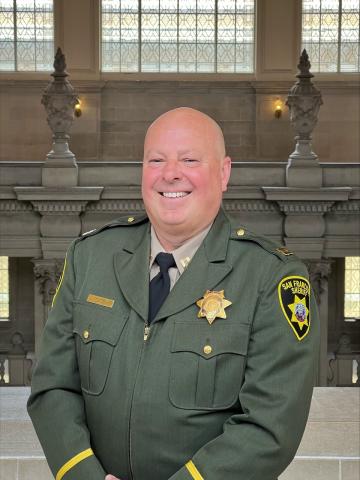 The Sheriff’s Office promoted Tilton to Senior Deputy in 1999 and Sergeant in 2001. In 2005, he was promoted to Lieutenant, and then to Captain in 2017. Captain Tilton worked in County Jails #2 and 4, and the now-shuttered County Jails #3 and #6. He also commanded the Courts Services Unit and the Sheriff’s Patrol Unit

Captain Tilton has received various Sheriff’s commendations during his career.  As a member of the Navy, he deployed to the Persian Gulf during Operation Desert Shield. Captain Tilton also assisted in starting “Coffee with a Deputy” events and helps lead the Sheriff’s Office participation in San Francisco’s annual Pride parade.