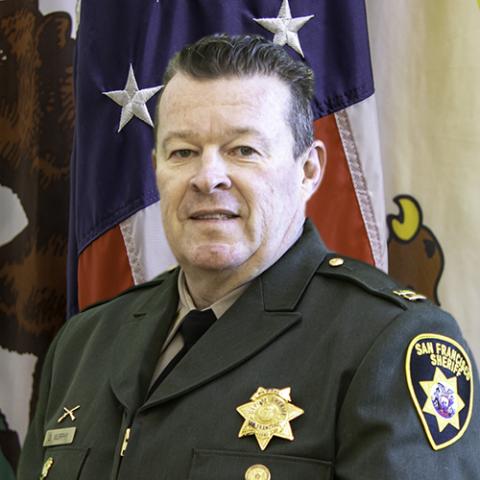 David Murphy joined the San Francisco Sheriff’s Department on March 4, 1996. He promoted to Captain on November 16, 2019, and served as the Commander of the Intake and Release Center and the Central Warrant and Records Unit. On March 7, 2020, Sheriff Miyamoto appointed Captain Murphy to oversee County Jail #2 at 425 - 7th St.

Captain Murphy has served in the California Army National Guard since January 1994. He deployed to Guantanamo Bay Cuba (2005), Iraq (2007) and Doha Qatar (2017). He serves as a Lieutenant Colonel in the U.S. 40th Infantry Division.  His awards include the Bronze Star, the Meritorious Service Medal, Combat Action Badge, Meritorious Unit Citation, and Joint Meritorious Unit Award.

Captain Murphy volunteers with the Heart and Armor Foundation and serves as an advisory board member for the Charter for Veterans.